We had such a great plan for today: wake up at 6.30h, start a two hour trainride to Mount Gozaishô, do some 700m ascent to what must be the greatest peak around Ise, take the last ropeway back (the longest ropeway in Japan). Well, along came Karaoke yesterday! After a great kaiten sushi we had our first 1 hour trek, all the way across suburbs, fields, riversides and bridges, until we arrived at the Karaoke place in that industrial suburb I told you before. It was actually a beautiful hike there, not too cold, fantastic starlight, beercans in the backpacks. Then… Karaoke. Can you believe that a private box for up to 10 (!) hours with unlimited alcohol nomihôdai (all-you-can-drink) is still only 3.200yen (about 26€) per person?! It was great, it was epic, no one wanted to stop – especially since the way back to the dormitory was even longer… from what I can remember, we decided to take a taxi after we made it halfway across the municipality, with as many beer refill stops in Konbinis along the way. I will put a cloak of silence about all our misadventures in between (mainly because my stored “information” is not reliable anyway). When we arrived back at the dormitory, more in the direction of morning than night, the idea to start to a 3-6 hours hike soon after seemed ridiculous.

So, the plan was a good one but the time not ready. Instead we went for a relaxing day at the oceanside at noon. The train there only took about 20 minutes, and the new plan seemed much more reasonable with respect to an epic hangover on my part. All the bento-boxes with food that we arranged for our mountaineering worked just as well in Futamiura. It is the small village right next to the Meotoiwa-Rocks I told you in my very first post: they are enshrined and thus considered kami themselves. And if the sun and the weather is just right you can supposedly see Mount Fuji all the way from Kanto, ~300 km away. That was not the case today, and apparently the ocean is not even the ocean but more properly a “bay”, but it was really nice anyway. We again had the feeling to be the first foreigners that ever set food here, which held also true for the neighbouring town of Toba. The whole coast area here is a maze of little islands and fishing villages, covered with old buildings, canals, and bridges. There is a lot of old and new craftmanship around: Mikimoto shinju island is the first place in the world where they succeeded in cultivating pearls, apparently. There are also elderly women working as professional divers, called Ama. Up to this day they go hunting for pearls and seafood treasures in the ocean. Old people are a topic here anyways. Rural exodus is an even bigger problem for Japan than for most other countries, especially in small villages around places like Ise that are slowly fading away, it seems. As sad as this can make you (especially on a hangover-day), on the other hand I am impressed by the spirit of so many eldely citizens we encountered. Take the day before, for instance, when we had our kengaku to Saikô: Most of the staff working at the historical sites are volunteers of about 65 years or older. They have been living their whole lives in these places, and now they do community work, showing visitors around, enriching facts with personal anecdotes of how the same places looked during their childhood. Above all, they seemed so active and integrated into the town life. Certainly out of necessity, but it still makes me sad to reflect on how we – in Germany, say – let practically all experiences of elderly people go to waste. Maybe not on a personal, but certainly on a societal level. Well, as I said… hangover day.

The problem with elderly people in a foreign country is, of course, it is close to impossible to understand their dialect. In Futamiura, we were talking to an old woman who offered us miso soup that she just made. Here is what I got from the conversation: She: “blablabla… eat? blabla bla” Me: “Thank you very much, very kind, very tasty!” she: “blablabla… But I can speak… no English … blabla.” Me: “No problem, English and Japanese is very different from each other, hard to learn!” Here is what Bert told me that happened: She thought I did actually speak English, not Japanese, and… ah, I don’t really remember, but there were many more misunderstandings involved, and it somehow seemed funnier before, or maybe it was because of my general state of mind. I actually wanted to get the whole story today to that point, but now it didn’t really work, so that is that.

Well, at least I have a service announcement: I will now properly label my pictures in the daily galleries. So the times when they were just called “1338r563432905453.jpg” are over. There were complaints. Rejoice. Click pictures for titles.

P.S. 2: Phil & Ulli, I have not overlooked your questions in the comments, they will be adressed properly, soon. Service, everywhere! Japanese influence. 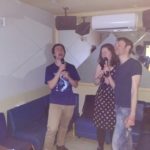 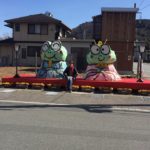 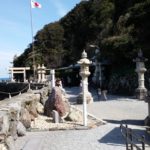 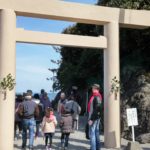 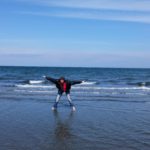 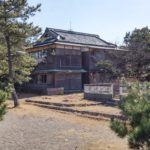 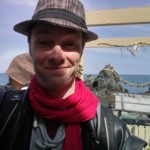 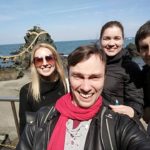 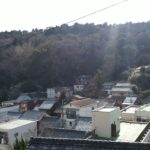 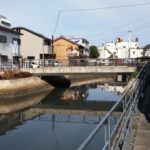 One Response to Day 8 – Sobering Thoughts