Now for the main purpose that you would expect from some kind of travel blog. What kind of place is Ise? I’ll try answering that with what you could call “anecdotic evidence”. Today, me and some of the people wanted to escape the daily 6 hour routines of history lessons, history lessons, and more history lessons (and some really cool but utterly incomprehensible cultural theory; I have the handouts, though. Maybe I’ll try figuring this stuff out for a post sometime. The three legendary items played a part. It was really cool. But utterly incomprehensible). Anyway, we wanted to actually see Ise now, for a change. The funny thing is, we arrived by bus, as you might remember, and the university and the dormitory is somewhere between the Inner and the Outer Shrine, meaning in between the former towns of Uji und Yamada. I mean to say, we haven’t seen anything of Ise so far.

Okay. Normally, around a Japanese train station, there are all those buildings filled with usual suspects: Izakayas (bars), some well-known chains (like Warawara), restaurants, yakitori grills, a 100yen-shop, maybe Pachinko, a lot of Convenience Stores, and one or two larger Department Stores. Oh, and one Karaoke, at least. This is, like, the standard layout for any old central train station. When we went to the Ise main station, there was almost nothing of the sort. Not even an Izakaya. There was literally nothing. One or two closed bars. I am exaggerating a little, but only a little. What do students do here? Right, they practice shinto rituals…!

So, to find an area where there is a Book Off, a Don Quixotte (Donki), and a 100yen-Shop, we had to do the following: Take a bus from the main station, for about 20 minutes, all the way to the outskirts of the town, then walk from there for another 15 minutes, over a large bridge, through some suburbs, until we reached something like an industrial area with a lot of gasoline stations. There is a public transport bus going there directly, but it only runs 6 times a day. In Germany, this would be an area where you would find only Baumärkte, used car sellouts, and swinger clubs. That is how far off the grid Ise is.

It is, actually, not true that this was our first attempt, yesterday already we went out a little, around the main station, and we found a lot of run-down places, closed shops, long, empty streets and narrow empty streets. Wikitravel and the town leaflets are advertising a quarter which is historically important, Kawasaki Kaiwai: “The old merchants quarters of town. Many old buildings remain. Good for a stroll”. Yeah. It is quite a stroll through a time travel machine. Everything looks like a 100 years old, there are canals and old, unprotected train tracks crisscrossing, layers on top of layers of half-forgotten industrial history. Luckily, we had nothing but history lessons for days. The thing is: I really find it quite beautiful, the whole package. I have been in small towns in Japan, but usually they were either huge tourist attractions, or really small towns, like villages. But Ise is a city that somehow cruised through the centuries, still looking a little bit like Meiji period every second corner or so. And still, it has all these layers of history, because it indeed is one of the most important places of Japan, but no one would look for that outside of the well-known tourist areas of the two shrines, where the shops are. We will start going there tomorrow.

I can understand, kind of, how one could feel disappointed, if this was your first time in Japan, or even your second. For some of the students, that is the case. We are just so far off the grid. But I serously have no desire to escape to Shinjuku right now. I really love this whole nostalgia thing, where it is so easy to project an imaginary Murakami Haruki-soundtrack onto everything. We found, by accident, an old sento bathhouse at the side of a river in one of the shabbiest buildings I have ever seen in Japan. The paint on the hyôshiki giving its name is peeling off, the kanji are hard to read. I am looking forward going there, in the next few days. I love to find half forgotten little shrines in every backyards, which is the same in Kyoto of course, but here, the ground is covered with foliage, the wood of the ancient tôri is flaking, the inscriptions are impossible to make out, probably no one knows which ancient deity is (or was) worshipped here. You you can secretly feel excited whether it will ever, ever let you get back in the 21st century. Maybe I am terrified, because I, secretly, don’t want to go back on the grid. 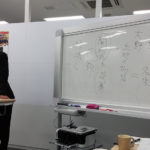 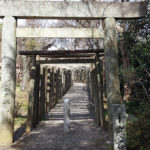 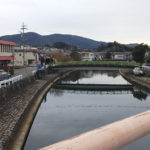 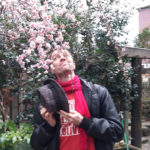 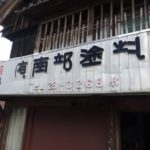 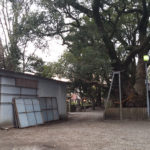 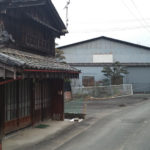 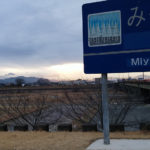 P.S.: Since I am highly selective and only an unreliable narrator anyways, here are some of the English blogs of the other participants you might want to check out. Not only, but also, for way better pictures than the crappy ones of mine:
Ise no Beruro (Bert from Belgium)
Philo in Ise (Philo from Holland)