It’s only little more than 24 hours since the airplane touched ground, but it already feels like a week. After a pretty comfortable flight I arrived in Nagoya yesterday, where 13 other foreigners from all over the world and myself were picked up by the wonderful Tamada-sensei from the Kôgakkan University staff. The quickest way to Ise is to cross the bay with a one hour ferry trip to Tsu and take another one hour overland bus from there. Bracing oneself for the impact. I tried to stay awake to soften the jetlag a little but was awake from one to four in the night anyway. A great way to repeat vocabulary, I can tell you. The dormitory is a little outside from Ise, my room faces one of those dreamy hinterland-railway tracks you might know from a Miyazaki-film or from a Taniguchi-manga: every 20 minutes or so a cute little ding-ding-ding, when an almost empty bimmelbahn passes by.

Anyway, my head is still spinning from the first day of classes. Information overload about the university’s history, its connection to shintoism, a tour around the campus with its libraries and museums, a crashcourse into shrine rituals, and finally a really amusing class about liguistic differences of the local dialects compared to standard Japanese (it is fascinating to me how I mainly manage to follow talks on topics like linguistic and semiotics while it remains much harder to understand an explanation of, say, how to rent books in a library). I have to say, the teachers are really fantastic: they are, without expections, avoiding to switch to English in order to overcome communicational obstacles but instead exchange Japanese expressions and synonyms with incredible subtlety. If you have ever tried mastering a foreign language (like *really* foreign), you’ll know how precious this is. Apparently there is no lack of teaching experience on their side. The challenging part, on my account, is to constantly figure out which of the unknown vocabulary is something that I should know but just don’t (because I have been too lazy in the past), in contrast to all the specialized terms that not even Japanese students could identify without the proper kanji. Anyway, rapid skill boosts are to be expected. So much for the first day, we’ll have a proper kangeikai now (a welcome party). I’ll finish this post with some random pictures of the campus and its surroundings – one of the oldest universities in Japan, who would have thought!? 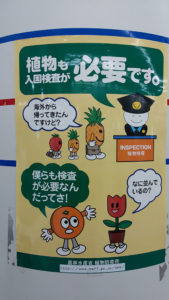 Well, I had to take a picture. First public sign at the airport. 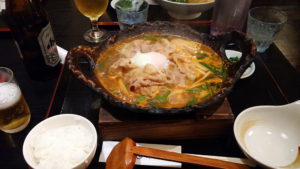 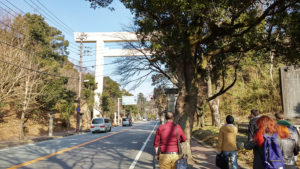 The road leading to Kôgakkan University, with a giant Tôri. 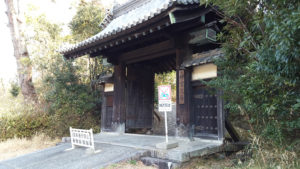 The secret side entrance to the campus, an old pilgrimage gate or something. 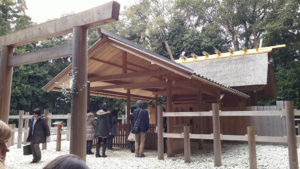 Yamatohime-no-Miya, one of the lesser shrines close to the campus. 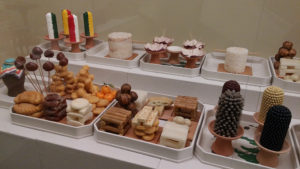 These are actually offerings for the Kami. Because the gods like the good food-stuff, too! 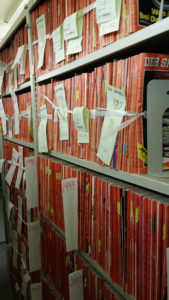 The library is huge. I found, for some reason, an archive of Spiegel. 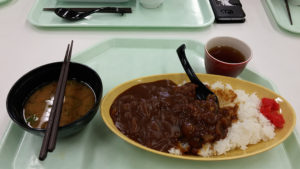 The mensa. I suddenly love mensas. 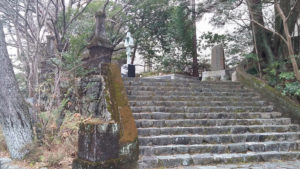 Everything looks ancient and spirited like this here… Love it! 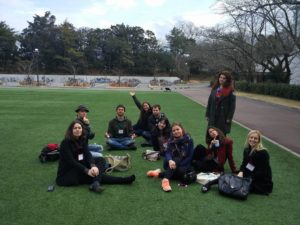 Me and the people.

3 Responses to Day 2 – Bracing for Impact