Back in Ise, back in the regular programme, and I have no idea how to catch up with the posts… The day before yesterday I met the rest of the group in front of Kyoto’s Yasaka Jinja again, but it feels more like a week or two. Also in terms of exhaustion: it is really hard to focus on coherent thoughts at the moment, so bear with me. The senseis arranged for a senstional kengaku programme, in Kyoto as well as in Nara. We had exclussive tours through places you could never see as a tourist, and we met up with a lot of shinto priests who gave us the chance to talk to them not only about the big facts, but also about their daily lifes: how they can also marry and have children just like “regular people”, how they also pray at Buddhist temples, what their “job hunting” after graduation looks like, and how they approach their faith in travelling abroad. Since shinto is so much about local deities (this mountain, that river) this is a particularly fascinating aspect to me. It also cuts into the problem how shinto was (and is) connected to nationalism, of course. This is a very tricky subject that kind of looms on the edges of every topic. There has been the one or the other lecture that was less than optimal in its approach, lets put it like that. In a way, I am glad about that, since the whole “nihonjiron“-discourse (a kind of cultural essentialism about the uniqueness of Japan that is, at best, questionable) is certainly a very big issue. So, to me, it would feel wrong if we were completely sheltered from exposure to certain points of views. It would probably be easy to do just that, and then the lasting impression would be that shinto is *only* about “fun and food”, and nothing else. On the other hand, a lot of meetings with priests like the one from Yasaka Jinja left the impression that for every person who has a political agenda that, at least to me as a German, I would prefer to engage *much* more critically, there are many more shinto priests who tell, quite authentically and with a great laughter in between, how they find spirituality also while they are travelling Mexico and generally everywhere, in culture as much as in nature. I suppose one sign that we are learning something here is the general realization that at the end of it all, there will be no final answers to how this belief system works, just a lot of people that engage in many different ways with all those traditions, rituals, and places.

Anyway, one highlight today was the Kasuga Taisha in Nara. While I have been in Nara many times, I never made my way up there, it is quite far up north where the mountains begin. Its origin dates back 1300 years, and there are approximately 3000 lanterns around, stone and bronze, that cover the whole huge area in the forests. They were donated from worshippers from all over the country since the Heian Period, so many of them are really, really old. In contrast, the actual shrine buildings are reconstructed every 20 years again, just like in Ise. And generally, it is one of the most beautiful and peaceful places I have seen in Japan. But of course, Nara is also about the deer that roam the parks and streets of the city freely. It certainly helped for the impression that there were the most cutest of deer around everywhere, grumpy old ones as well as adorably fluffy young ones! This is only the “peak of the iceberg”, as we say in German, of what happened, but it has to be enough for today. 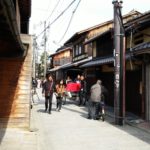 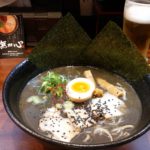 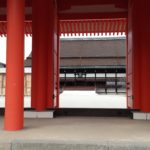 The imperial palace with a peek at the spectacular Takamikura throne 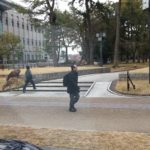 And here they are! The famous Nara deer, everywhere on the streets. Emotional highlights incoming! 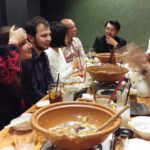 This is how a crazy night of eating, drinking, singing, and generally excessing started…! 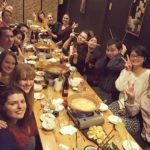 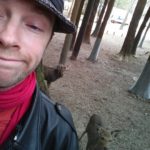 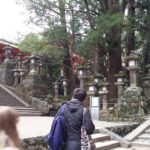 Kasuga Taisha in the north of Nara 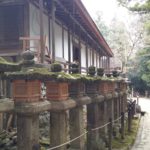 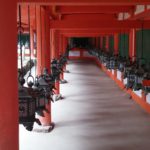 I wish I had a better camera. O, I have. I wish I brought it. 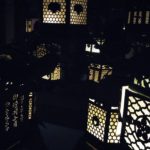 We were allowed to visit pretty holy interior places that are not accessable. 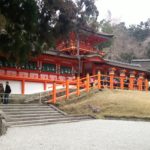 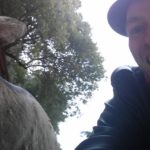 The usual attempt at a selfie with deer 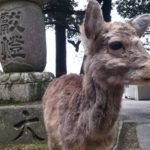